or send us a note

We will provide the cheapest and most convenient firearms transfers to help comply with new Washington laws.  We offer ammunition and reloading supplies too.  We will strive to be the most affordable firearms dealer in the area.  Our business is run out of our family's home so we're only open by appointment.

Give us a call and we'll open up just for you.

Just call.  You'll be happy that you did.

King's Arms is owned and operated by Chris Olin.  He's been a lifelong shooter and firearms enthusist.

In 2006, he began as a Range Safety Officer and Firearms Instructor at Plantation Range of the Whatcom County Parks Department.

In 2009, he started as a DoD contractor specializing as a Firearms Instructor to US Naval Security Forces. He spent the next 3 years performing as a Lead Firearms Instructor and Armory Manager.  Chris was part of the leadership team that managed the US Navy's flagship indoor shooting facility near Silverdale, Washington.  They were responsible for management and operation of the facility which encompassed 4 separate indoor firing ranges, 2 classrooms, 2 weapons simulators, and the regional firearms armory.  The facility trained and qualified over 10,000 shooters and expended over 1 million rounds of ammunition annually.  Chris gained extensive training and experience while working with some of our Nation’s finest sailors and soldiers. He was honored to work with personnel of various submarines and aircraft carriers home ported at Naval Base Kitsap, as well as Navy SEALs part of Naval Special Warfare Group 3 and Marine Corp Security Forces working at the Strategic Weapons Facility Pacific.

In 2011, Chris moved to Colfax, Washington and began his career in law enforcement.  Chris worked for the Colfax Police Department for over 4 years.  He performed many roles within the agency including Rangemaster, Firearms Instructor, Field Training Officer, Evidence Custodian, Forensic Child Abuse Investigator, and Officer-in-Charge of Patrol.

In 2016, Chris took the next step in his career by accepting a position as a Deputy Sheriff with the Whitman County Sheriff's Office.

Committed to providing you excellent service, so you always choose us for your firearms needs.

We have everything from Auto-Ordinance to Ziess.  We sell guns, we buy guns, and we can sell your guns for top dollar.  We will fix your broken firearm and help you customize your favorite weapon.  Let us help you upgrade and custom mount your new scope.  We are also a full service Class 3 Dealer in suppressors, short barreled rifles, and automatic firearms.  We are a "one stop shop" to help you set up and maintain your firearms trust. 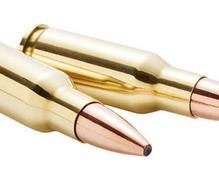 Opened in 2014, our goal is to provide the best customer service by outfitting responsible gun owners with  affordable quality firearms. Hopefully you'll show your appreciation by honoring us with your repeat business.